How can we solve global challenges such as climate change, monetary imbalances, the sovereign debt crisis, threats from terrorism and failed states? 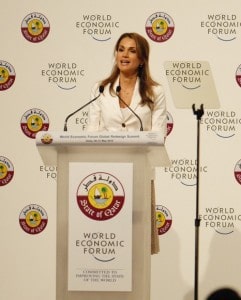 Queen Rania of Jordan at the Global Redesign Summit in Doha 2010.

The Global Redesign Initiative (GRI) was an interdisciplinary, multistakeholder dialogue to develop concrete recommendations to reform and enhance international cooperation. It was run from 2009 to 2011 by the World Economic Forum under the patronage of the governments of Qatar, Singapore, Switzerland, and Tanzania.

The initiative was planned and implemented in four phases (see timeline below) over a
bit more than two years, starting with developing draft proposals and ending with a yearlong outreach and dissemination phase. The GRI ran six dedicated international events and had sessions at fifteen larger World Economic Forum meetings, including the Annual Meetings in Davos in 2010 and 2011.

In between those meetings the work was done using online collaboration facilities that provided group discussion, video conferencing, shared document editing and other functions. 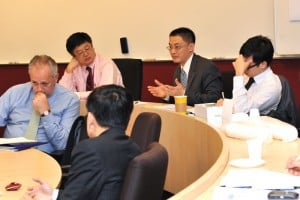 The recommendations were not developed by the World Economic Forum itself. Instead, the Forum drew on its vast network of experts and practitioners to organize a structured collaborative process. Some 1,500 people participated in the endeavor, either by developing proposals or by providing feedback. The initiative produced 58 proposals in nine thematic areas (values; economic growth; international monetary and financial system; employment, poverty and social welfare; risks; health; security; sustainability; and effective institutions).

In addition to providing a wealth of concrete proposals for better global governance, the GRI served as a model for a new type of structured collaboration, using fairly large numbers of selected thought leaders and practitioners that work across silos of expertise. Structured collaboration fills a need for a third way between the traditional model of the individual expert and newer crowdsourcing/wiki approaches. 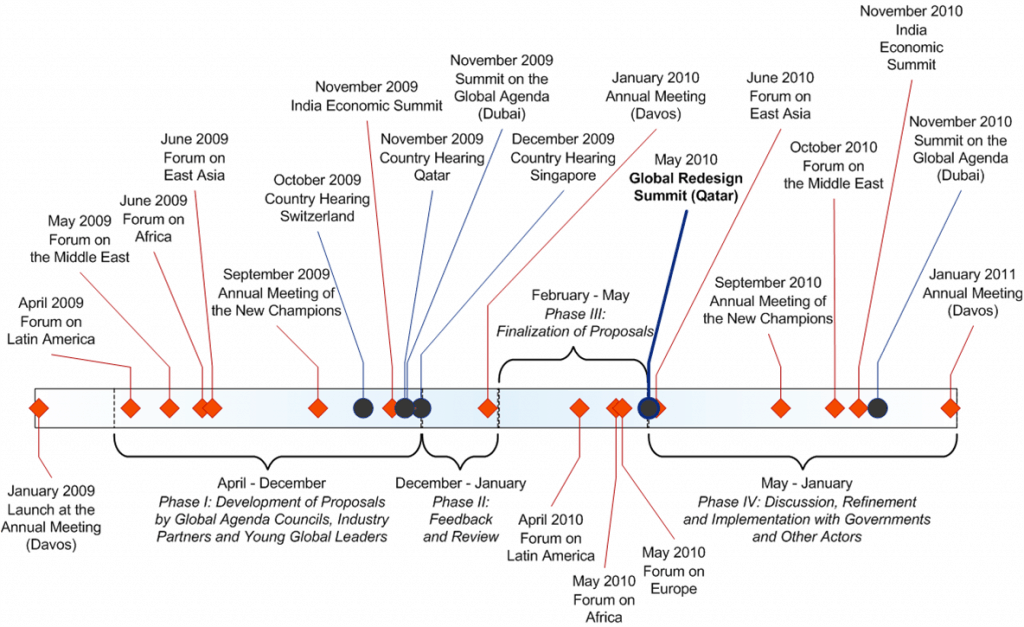